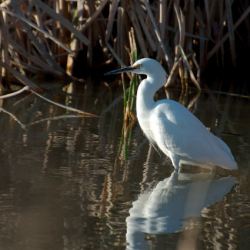 It is not over yet! There are actually 3 more steps before final approval of the Daybreak project.

Please read the article below and see an example of a letter you could send to the 4 council members that voted for the project. You could also change the letter to indicate “although I do not live in Reno, my family, property and well being will he seriously impacted by the density of development in the floodplain and in mercury laden ground.” Etc, etc, etc.

Daybreak is going to be back before the Reno City Council on October 23rd, for the 2nd and final reading from the City Council. After that it has to go to the Regional Planning Agency. The first reading only passed by one vote.

If the following [article below] is disturbing enough for you, please consider sending an email to Council Members Oscar Delgado and Devon Reese who are the most likely to change their vote. You can also send letters to Neoma Jargon and Bonnie Weber, who also voted for the project.

Inform them that their vote on this project is going to affect your vote for them next November.

As your constituent, I am urging you to vote ‘no’ at the second reading of the Daybreak project coming up on October 23rd. This project is dangerous for me, my family and my property and the fact that you fell for smoke and mirrors from the Newport Pacific Land speculators leads me to believe that you might not be competent enough to earn my vote in 2020. Prove me wrong.

​The following is an article penned by Kim Rhodemyre, Chair of the Upper South East Communities Coalition (USECC).

On September 23, 2019, a majority of the Reno City Council took a first step in making east Reno a more dangerous place to live.

As you might be aware, when a flood event occurs, east Reno stores flood waters for the entire Truckee Meadows until it can get through the Vista Narrows and then downstream on the Truckee. What does that mean? The canyon east of Vista in Sparks is a pinch point that makes water back up into east Reno, it starts on UNR Farms and goes into the old Rosewood Lakes Golf Course and then further, until the flood volumes can get through the canyon and downstream. Vista Narrows can’t handle the volume of flood waters all at once through that canyon so it backs up. The UNR Farm also holds flood waters from the North Truckee Drain in Sparks so Sparks also contributes to flooding in East Reno. The UNR Farms that holds Truckee River overflow is also significantly impacted by Steamboat Creek flooding which drains that way. Steamboat Creek has 9 tributaries, 6 of which come from the west side of the valley, Thomas Creek, Whites Creek, Dry Creek, Evans Creek, Galena Creek and Boynton Slough. All affect how much Steamboat Creek floods.

There is another pinch point in this area and that is the Butler Ranch Narrows. This is where the hills come together in north South Meadows and south Hidden Valley. This pinch point affects Steamboat Creek flooding. When Steamboat floods the water is stored on the Butler Ranch North (south of Mira Loma) until it flows into flood waters from the Truckee River and both could drain downstream through the Vista Narrows. Sometimes this can take up to a week. Recently, the BR narrows was impacted by the building of Veterans Parkway which put a 6 lane road and its base footprint into the BR narrows creating an even narrower opening. Years ago Steamboat Creek used to flood the entire South Meadows area. When they started development of South Meadows/Damonte Ranch areas somehow approvals were given to straighten and channelize Steamboat Creek and now that makes flood waters head north through the BR narrows quicker. Since water was no longer spreading out on the Steamboat Creek floodplain of South Meadows et al, it has become deeper on the Butler Ranch North between the BR narrows and Mira Loma. That is why, for almost 20 years, the Truckee River Flood Project, along with the City of Reno, Washoe County and the Army Corps of Engineers had designated Butler Ranch North as a flood water storage area along with the old Rosewood Lakes Golf Course and the UNR Main Station Farm.

‘Engineering.’ East Reno hears that a lot. From everyone. About 15 years ago the Reno Tahoe Airport had engineers who said it was just fine to put a 17 acre flood mitigation detention basin right next to Hidden Meadows which is just north of Hidden Valley and is along Steamboat Creek. It took about 18 months for that to fill up and has been a pond ever since. Useless for flood water storage. The developers of Double Diamond had engineers who felt that flood mitigation detention basins would be necessary to hold flood waters throughout their community. The four largest detention basins have had water in them and have for years. They are useless. The water table is higher than the developers always claim. A development along McCarran had engineers and they were going to build flood mitigation basins but decided to build their houses on a foot more fill because the fine from the City was cheaper than the mitigation would cost to build. The effluent dam on Alexander Lake Road is labeled a high risk dam built near a fault line and one little earthquake could break that dam and flood everything from Mira Loma to South Meadows Parkway. ‘Engineering’.

The most impactful project on flooding in east Reno is the Southeast Connector (or Veterans Parkway). As you read this the majority of the project is out of compliance with their federal 404 permit and RTC is desperately trying to find a way to drain the water out of their flood mitigation detention basins because they have been full of water for over a year and they can’t figure out how to drain them. It was discovered after it was built that the Veterans Bridge over the Truckee River was built too low to clear flood waters underneath it so they had to dredge the Truckee under it to make sure that flood waters would not top over the bridge. During construction the project was delayed for more than 8 months because their road was sinking near the Rosewood Lakes Golf Course. They had to tear it up and dig down until their heavy equipment disappeared into the trench, bring in tons and tons of broken concrete and gravel, pack it down, and regrade the base and let it sit until they thought it was no longer sinking. The bridge over Steamboat Creek was supposed to be closer to Mira Loma but they found out when they tried to sink the pylons that they were sinking into the muck so they had to move the bridge about 300 feet south. These are just a few examples of ‘engineering’ failures in east Reno. RTC had ‘engineers’. They had the BEST engineers. Or so we were told. If the Army Corps of Engineers was not in charge of oversight of the project, then nothing would have been done to try and remedy the detention basin issue because Reno has no enforcement. They have no ability to monitor and enforce if developers are fulfilling the conditions in their handbooks. They have to wait until it is either reported or discovered and then a minor fine is levied for any noncompliance. It is like the wild west out there after developers get their approvals.

This Daybreak project is also going to create an even more significant pinch point where the Southeast Connector already constricted the area at the BR narrows, and then channel water faster to Mira Loma. History and geography shows us that water backs up at a pinch point so does that mean that the South Meadows community is now going to be the new Steamboat Creek flood storage area? It’s possible. How far will it back up? To Carat Ave? Steamboat Parkway? We don’t know. Then, once the water is channeled through Daybreak it’s going to hit north of Mira Loma and inundate Rosewood Lakes, Roseview, Herons Landing, Creekside Apartments, Rosewood Apartments, Hidden Meadows, Eastside Subdivision and possibly Donner Springs Mobile Home Park along with The Village At Donner Creek. Most of these areas already flood. Eastside floods if someone sneezes hard upstream.

Recently FEMA demanded a remap of east Reno to update flood maps from the Truckee River to South Meadows Parkway. But no further. These areas have not had a complete remap since the mid 1980’s. Daybreak has not modeled Steamboat Creek south of South Meadows. Their entire project is on its banks but they have not modeled it. They have a hydrologist that has used ‘engineering’ to make their project work. It has already been stated on the record by the former Executive Director of the Truckee River Flood Project that the current flood modeling is about a foot off. Meaning that they expect the current flood water elevations to be a foot higher than their modeling indicates. If that is so, then there are going to be hundreds of people put into the floodplain and they will be required to get flood insurance. Daybreak is not going to be included in that remap because it is not built yet. Really. 3995 homes and they are not going to be included in the new updated modeling that affects everyone in east Reno. Daybreak used the current outdated modeling to get their approvals.

Now Daybreak is indicating that they will make sure that SOME sections of their project comply with the new remap, the remap that does not include Steamboat Creek south of South Meadows Parkway, though they are going to start on other portions as soon as possible.

Please feel free to pass this update around to your interested neighbors for their help.