A Brief History of Hidden Valley 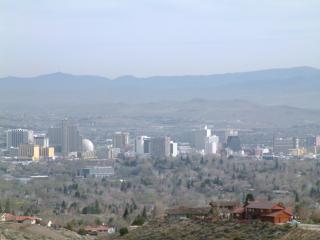 Ever wonder how Hidden Valley came into being?

In 1956 four young business executives; Link Piazzo, Emmett Saviers, Del Machabee and William Kottinger Sr., met each weekday over a cup of coffee. While telling World War II stories and discussing the needs of a fast growing community, known as the “Biggest Little City in the World,” they decided to build a private country club and golf course. Within the next two weeks these four men were joined by seven more and the concept for Hidden Valley evolved.

Feasibility studies led the group to select the Birbeck Ranch consisting of 900 acres of land as the final selection for their venture. In order to secure this property, the original four men each delivered to the landowner $100 as a non-refundable option. This held the land until the initial down payment could be raised.

Articles of Incorporation under the name of Hidden Valley Properties Inc. were filed with the secretary of state in Carson City on Feb. 27, 1956. The early euphoria ended in a hurry as cash-flow problems resulted in delinquent monthly bills and then a foreclosure notice from the First National Bank of Nevada. It was at this point the very understanding president of the bank said, “Hell, we can’t close on these people. It would be like foreclosing on a church.” The foreclosure notice was withdrawn, giving the principals time to continue with the plan.

With the completion of the clubhouse, golf course and a few homes along Piping Rock, the residential pattern and distinction of living in Hidden Valley began to be recognized. However, the elements of nature took their toll. Streets were unimproved and contributed to numerous sand storms until a contractor agreed to pave the streets for stock in Hidden Valley Properties Inc. as payment. The final problem to be solved was the quality of water provided by the privately owned water system. Because of this, the Washoe County Health Department imposed a building moratorium upon Hidden Valley that lasted for eight years. The original water company was sold by court order. New wells were drilled and the system was purchased and run by Helms Construction under the name of Purity Water Co. The water company was later purchased by Washoe County who continues to operate it today.

One of the original Hidden Valley Properties Inc. principals, Link Piazzo, now lives in the large, attractive, tile-roofed house on the west side of East Hidden Valley Drive, near the Hidden Valley Country Club tennis courts.  [Update: Link Piazzo passed away on November 14, 2014 at age 95.]