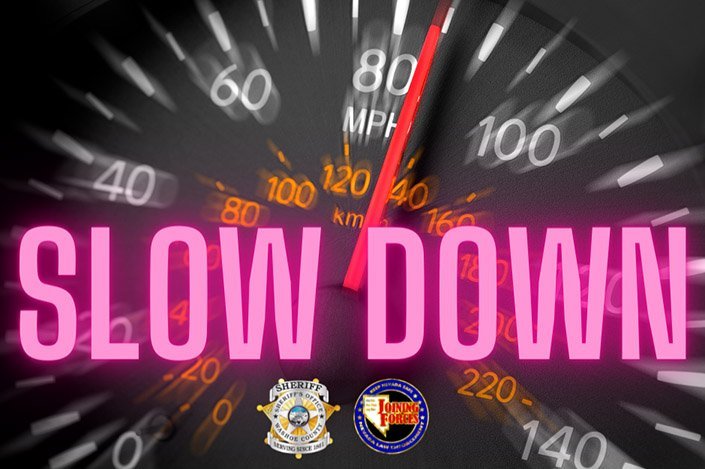 Feb 24, 2022 – The Washoe County Sheriff’s Office is participating in a Joining Forces speed enforcement campaign as part of ongoing statewide efforts to increase safety on Nevada’s roads and highways.

From February 25th through March 12th, 2022, the Sheriff’s Office, along with other regional law enforcement partners, will dedicate extra patrols to enforce speed safety laws. The goal of this enforcement campaign is to help save lives by increasing public awareness about the dangers of making poor choices while driving.

The Washoe County Sheriff’s Office urges drivers to do their part to help keep themselves and others safe by always driving within posted speed limits and in accordance with changing weather and road conditions.

Funding for these extra patrols is made possible by a Joining Forces grant received from the Nevada Department of Public Safety/Office of Traffic Safety. Joining Forces is a multi-jurisdictional law enforcement program aimed at reducing injuries and crashes through statewide enforcement in the areas of: DUI, speed, distracted driving, seat belt and pedestrian safety.

This information comes directly from the Washoe County Sheriff’s Office, click here to read the original.