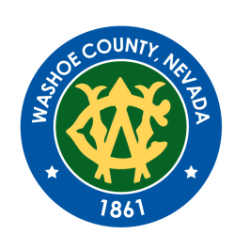 Jan. 12, 2015 Reno, Nevada. Jan. 12, 2015. In a growing scam reaching people across the country, phone fraudsters are using the threat of arrest or home visits to pressure people into paying hundreds even thousands of dollars.

The Washoe County District Attorney’s Office will never ask for payment over the phone or via wire transfer.

A citizen called The Washoe County District Attorney’s Office FCDP because a man had called him claiming to be a representative of the program and said that he had defaulted on a pay day loan and was facing arrest. He gave the citizen a fictitious agency case number and hung up. The man called him back a short time later saying that it could be resolved and he could avoid arrest if he wired the appropriate sum of money. During the calls the stranger recited the FCDP phone number. However, the caller dissuaded the citizen from calling the program directly.

If this has happened to you, contact your local law enforcement agency.

SIGN UP NOW FOR NEIGHBORHOOD WATCH ALERTS AND UPDATES

Or, learn more about NWP here.

Just let us know - it is free!