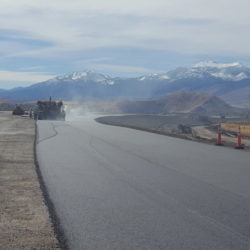 Due to significant winter storms that caused flooding throughout the Truckee Meadows, major construction operations of the SouthEast Connector Project were forced to temporarily stop. The project is now slated for completion in spring 2018.

You can also watch the latest flyover video, and other videos featuring important aspects of the project, by visiting the ‘Videos’ page on the project website here. You can also subscribe to the SouthEast Connector Project and RTC Washoe channels on YouTube.

Winter Flooding and Mercury Levels
May Association Meeting – May. 18th