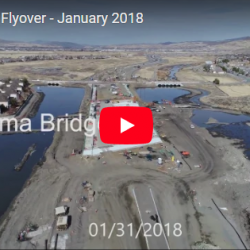 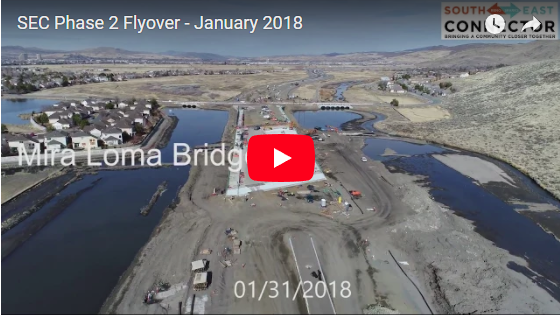 You can watch the latest flyover video, and other videos featuring important aspects of the project, by visiting the ‘Videos’ page on the project website HERE. You can also subscribe to the SouthEast Connector Project and RTC Washoe channels on YouTube. 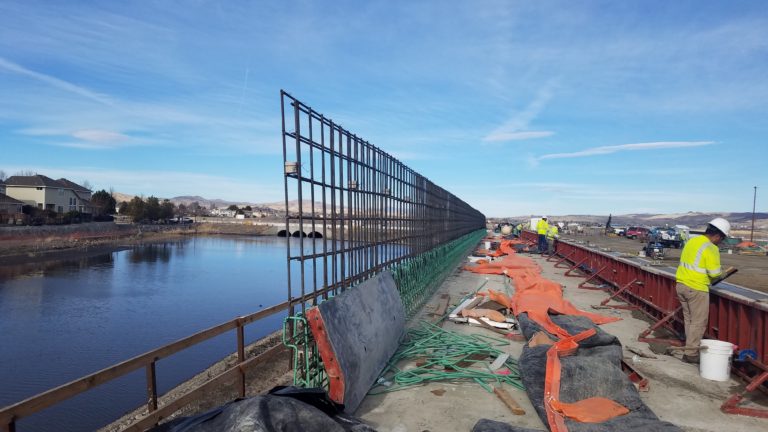 Construction of sound walls and multiuse path barrier rail on the deck of the Mira Loma Bridge.