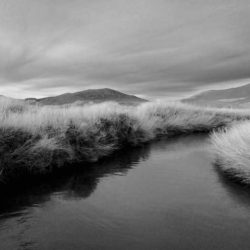 DISCLAIMER: The following information is passed along at the request of the USECC and the content of this document does not reflect an opinion or endorsement by the Hidden Valley Homeowners Association, which has neither monetary nor legal ties to USECC. Residents of Hidden Valley wishing to support the efforts of the USECC must visit the USECC website and contact them for further information. Contact information can be found at the bottom of this article.

We want to apologize for the delay in updates, but we were waiting for the new HDR flood modeling that would include the SEC but just received this notice yesterday about the availability of that model:

The April 27, 2016 TRFMA Working Group meeting has been canceled. TRFMA staffs had hoped to present the results from the latest hydraulic modeling effort by HDR, but the work is not quite complete. At this time, HDR has developed a working hydraulic model that includes the Southeast Connector; however the model requires some additional refinements and QA/QC before it will be ready for public presentation. We are planning to invite HDR to present the modeling results at our next Working Group meeting on Wednesday, May 25, 2016 at 3:00PM at our office, located in Suite A, 9635 Gateway Drive, Reno, NV.

As soon as that modeling becomes available we will be sending it out for all to review.

Next, we have been working to get answers on the many questions of wildlife and the spring hatching and birthing that is either going on or starting. Below is an email from RTC’s Southeast Connector Project Manager Garth Oksol. Since this email was sent out to some of our more vocally concerned stakeholders as a response to their emails ahead of this update – please be aware that we already understand the irony of RTC claiming that they are in “awe” of all the wildlife, while they continue to destroy habitat as was sent back to us by some of you.

It has been indicated to us that RTC has not seen any bald eagle since December. It has been reported to us by our stakeholders that is the last time anyone saw any. So instead of hanging around getting photographed until the end of February as has been the case for more than 10 years. The bald eagles were gone by the end of December.

On a related note: We understand the frustration of not being able to pull over on McCarran anymore due to the McCarran Widening Project, and take pictures of the Great Blue Herons, Coyotes, Bald and Golden Eagles, Marmots, deer, other wildlife and various birds of prey, but that project was separate from the SEC and by the time it was understood what the easement was going to look like, it was too late to try and change. There were no plans presented for review after the initial public meetings back in 2010 and 2011 for the public to comment on.

Please note that photo’s referenced in this response are not attached here.

Question from the Coalition:

We have been getting quite a few emails about it being spring and nesting time for birds and deer and other wildlife. The majority are asking since this is a “new” spring (another one) if you all are going to honor your commitment to search for nests and activity that might indicate baby animals in the project area. This is a very contentiousness issue for some who are writing, and they are indicating that they have seen no one out searching for nests and that you guys are just mowing/plowing etc. over the babies.

Can you please address this? If you all are still working to protect the wildlife and nesting birds like you claimed you did last year, it might be a good idea to give the press a tour and have it on the news?

Thank you for reaching out to me to get information. It is not only our intent to honor the commitment we’ve made to the community, but a condition of the permit we have been issued.

The 2016 Nesting Bird Season began on or about March 1. To date we have done 3 Bird Surveys and will be starting another one Tuesday or Wednesday of this week. The Bird Surveys are only conducted in areas where construction is to begin or start back up in areas that haven’t seen recent/current construction activity. So the biologist(s) are not on the entire site.

Regarding not seeing anyone doing a Nesting Bird Survey or looking for baby animals; unless someone truly knows what to look for, the first step of the process is intentionally covert. To go out into the field and just begin walking around, peering into bushes or trees or burrows is disruptive and threatening to animals. Also, just randomly walking around looking for nests increases the risk of accidentally stepping on eggs or newborns, which is why we have not done a media tour specific to the bird surveys. With that said, we previously highlighted the work the biologists have done on site during our weekly construction updates that people can sign up to receive. We will be highlighting them again this season.

The first step is the biologist(s) view animal activity from afar, sometimes using binoculars. They may be standing, sitting, or inside a vehicle for many hours. Additionally, the biologist(s) must wear the same personal protection equipment on site as everyone else. They will be in pants, boots, a safety vest, eye protection, and hard hats. In essence, they’ll look like virtually everyone else on site.

I’ll give one example but the process is similar for other animals. When monitoring birds from afar, does the biologist witness birds carrying nest building material (twigs, string, ribbon, etc.) in their beaks, bringing the nest building material to a location, and repeating this activity? If so, the biologist(s) carefully approach the location where they’ve seen the bird(s) bringing nesting material. If the biologist(s) sees the nesting material and it’s beginning to take the shape of a nest, the proper protocol is to remove the material that is there. This encourages the bird to look elsewhere to build a nest.

Later in the season, if a nest being constructed was missed and there is an actual nest with an egg in it, then the area is fenced off and no construction activity is to occur within a certain perimeter depending on the bird species’ nest and egg that is found. This happened a few times last summer and a few times during construction of Phase 1. In fact, the opening of the Truckee River Path on Phase 1 was delayed 4 weeks while we waited for a killdeer’s eggs to hatch and for the newborns to get old enough to leave the nest. Also, actual Granite Construction folks working on the site have approached us to notify us they found a nest or witnessed nesting activity. Regardless of what folks may think, the project team is committed to protecting the environment as much as possible while still building a vital transportation link for the community.

I encourage you, and others, to sign up for one of our monthly public tours. You can visit www.southeastconnector.com to sign up for the tours and to receive weekly project updates. I have done a few private tours if you and a couple of other folks are interested. I’ve given multiple tours already, including to some Coalition members or supporters, and they have come away from the tour impressed with the level of effort we are doing to make this project as environmentally friendly as possible. While they may not agree with the need for the road, they are appreciative of the steps we are taking to protect the surrounding areas and the restoration work that is occurring.

As far as animals returning or residing in the area when construction is on-going or complete, I offer two examples.

The project team has been in awe of the wildlife visitors we’ve personally seen or observed their presence; i.e. tracks in the morning. We’ve seen mountain lion and bear tracks across the project. We also witnessed two golden eagles take down a goose and begin to eat it immediately west of our project offices. A bald eagle (see attached photo) then swooped down and scared off the golden eagles. A second bald eagle joined in on the feast while the golden eagles sat on a power pole nearby waiting. Once the bald eagles were full, they flew away, and the golden eagles cleaned up.

In addition, the other attached photo shows a typical wetland environment within the golf course. You’ll clearly see the wetlands are 100% overrun with whitetop. As you know, this is not a healthy wetland and not conducive to a healthy ecosystem to support and sustain wildlife. The project’s weed management plan and long term commitment is established to ensure whitetop is at a disadvantage to overrun the desirable vegetation that will be planted.

Please feel free to contact me anytime with questions. Also, please let everyone else know that they too can contact me directly with questions or concerns. Again, thank you for reaching out to me to get correct information.

We remain committed to working on keeping the rest of the flood plain undeveloped and to eliminate truck traffic on Pembroke and Mira Loma.  With that said, we are hearing that the Lennar Development of over 1200 homes on the Butler Ranch North behind Herons Landing on Mira Loma could be rearing it’s ugly head again.  We may need your help with letters and coming to meetings to protest.  We will keep everyone informed as we learn of anything new.