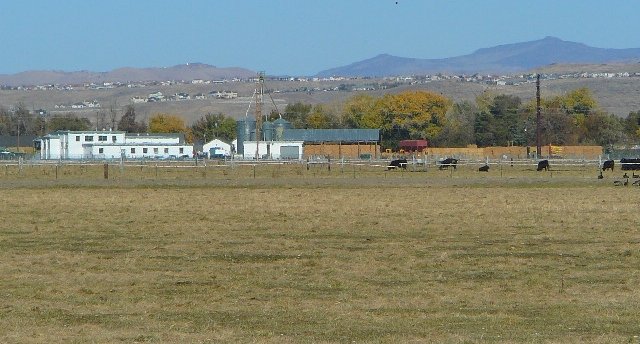 Soil samples taken from the Main Station Farm show that mercury concentrations are low and pose no threat to plants, animals or humans.

“When we heard of the higher levels of mercury along Steamboat Creek we wanted to be sure our land was not affected,” Bill Payne, dean of the College of Agriculture, Biotechnology and Natural Resources. “Sampling soil for a variety of reasons is one of the many things our scientists do on a regular basis, and we have one of the world’s foremost experts on mercury in the environment, Mae Gustin. It just made sense for us to find out for sure what effects the flooding might have had.”

“The primary pathway by which mercury enters plants is the atmosphere, and soil concentrations are not of concern, so there is no risk from mercury associated with growing vegetation and organisms at the farm,” Mae Gustin, professor of geosciences and geochemistry in the Department of Natural Resources and Environmental Sciences, said in her report following the study.

“Residents expressed concern about the mercury levels found in Steamboat Creek after the January flooding,” Payne said. “We want them to know and have confidence that our activities and farm products are safe and were not adversely affected by the flooding. It’s nice to be able to bring our research expertise to bear on something with local interest and that we can contribute to the community with a practical approach.”

Gustin’s team found that the average concentration of all samples taken on the Main Station Farm is 0.167 ppm, with the lowest at 0.038 and the highest at 1.399. The concentration considered as background in soils is less than 0.1 parts per million. Concentrations of concern for humans are 9.4 ppm, and 2.0 ppm is considered to be of concern for organisms living directly in the sediment. Of the soil samples taken at the two sites along Steamboat Creek one showed the highest average concentration at 1.556 ppm. The mercury in the creek dates back to the Comstock mining era and has been flowing down Steamboat Creek from Washoe Lake for more than 150 years.

A subsequent analysis found the numbers suggest that mercury content within the sample cores close to Steamboat creek were influenced by the mercury content in the water, with slightly higher levels closer to and along the edge of the creek.

“While it made sense to us, as scientists, that the flooding had little, if any, effect on soil concentrations of mercury, we didn’t want to just make assumptions, especially with the history of Truckee River flooding,” Chris Pritsos, Director of the Nevada Agricultural Experiment Station, of which the Main Station Farm is a part, said. “We wanted to validate it, and now we have data to support it. It’s nice to have the hard numbers, with protocols and controls in place for the study and to be confident there is no concern for mercury affecting our animals, our research or our plants.”

– The Office of the Dean of the College of Agriculture, Biotechnology, Natural Resources (CABNR), UNR